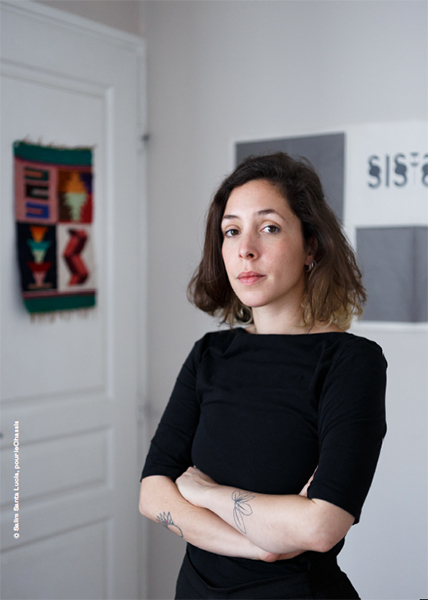 Graduated from the Beaux-Arts de Paris in 2013.

In 2014, Charlotte el Moussaed was awarded the "Looking for Paris-Texas" scholarship, granted by the United States Embassy and the Association des Amis des Beaux-Arts, she then spent 3 months in Chicago. She received the "Photographic Impressions 2015" prize, awarded by Les Ateliers Vortex in partnership with the Consortium de Dijon and the Conseil Régional de Bourgogne; this prize earned her an exhibition at the Frac Bourgogne in Dijon. Between 2013 and 2017 she collaborated with Le Bal / La Fabrique du Regard on the educational workshop program. In 2016 she was one of the three winners of the YISHU 8 prize, her solo exhibition: Composé Oisif was held at YISHU8, Beijing House of Arts, after three months of residency. Selected for the 61st Salon de Montrouge in 2016, she exhibited there again in 2017 for the show's peripheral event: Imaginary Replicas. She is an intervening artist at the CAC Gallery in Noisy-le-sec from September 2018 to June 2019. In 2019 she joins the Master 2 Documentary creation at the documentary school of Lussas. In 2020, she will direct Comme notre langue s'écrit au sol. In 2020, she will participate in a workshop at the Beaux-Arts de Bourges entitled: "Is art still telling stories?

"Charlotte el Moussaed invests her relationship to identity through the quest for a right positioning to observe her environment, to find a place where it is possible to welcome, to relay, or to generate a link and to give it meaning. The narrative aspect is linked to the presence of the body, or by contrast, to its absence. This is how Charlotte EL Moussaed's work flirts with performance, so much so that it is a question of experiencing the different ways of inhabiting the image, of appearing and disappearing, of being embodied or ethereal, of finding "modes of existence" in her relationship with the other.1 Noémie Monier, Le Chassis #5 1 Etienne Souriau, Les Différents Modes d'existence , PUF, Paris 2009, quoted by Vincianne Despret in Au bonheur des morts, récits de ceux qui restent, Les Empêcheurs de penser en rond, Paris, 2015