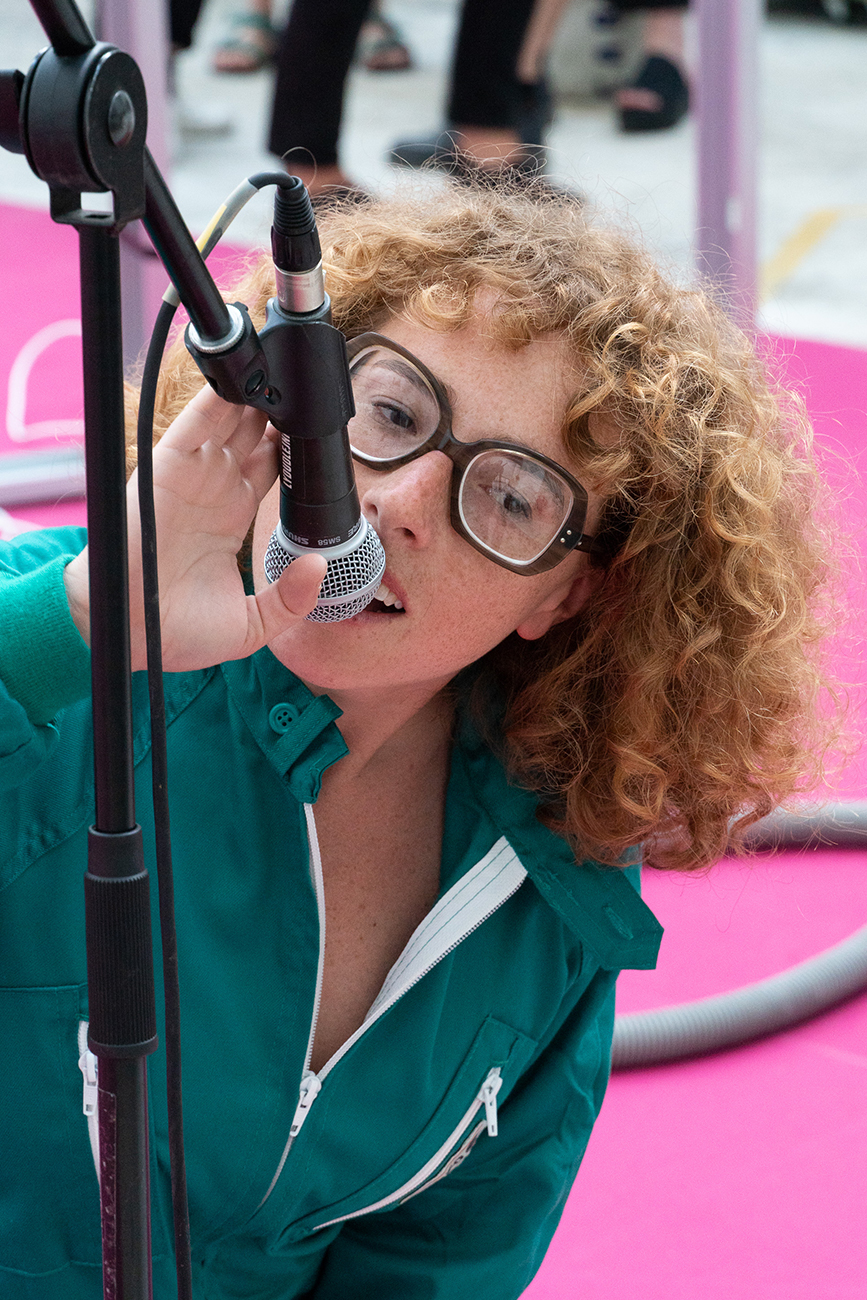 Liv Schulman Born in 1985 in Buenos Aires (Argentina). Lives and works in Paris.

Teaches at the Beaux-Arts de Paris since October 2021. Liv Schulman grew up in Buenos Aires where she attended public school and watched television. The arrival of cable television in 1990 and the financial crash of 2001 are among the most significant moments in her life. She also experienced a form of political awakening during her adolescence. After studying at ENSAPC she returned to live in France in 2015. Liv Schulman's work takes the form of filmed fictions, TV series, readings-performances and novel writing: its main resources come from an exhaustive use of language; it functions as an anti-critical flow that manifests itself through the instrumental use of one or several bodies. Liv Schulman is interested in the different ecologies of meaning that seem to emerge when these resources escalate, revolving around an invisible gravitational center. The discourses that are at the heart of her work deal with the place of subjectivity in the political space, the difficulty of giving it credit. Thus, she shows a real telenovela on television as in a museum. She makes us adhere to her theses at the same time that she scuttles them. In the incredulous belief of her production, to create means to experience directly a medium, a system, a subject.

She has shown her work at the Villa Vassilieff in Paris, CAC La Galerie in Noisy le Sec, Centre Pompidou in Paris, Crac Alsace, Steirischer Herbst Festival in Austria, Fondation Ricard in Paris, SMK in Copenhagen, Museo de Arte Moderno in Buenos Aires, Museo Reina Sofia in Madrid, and Bemis Center for Contemporary Arts in Nebraska, among others. She has benefited from the ADAGP grant, the patronage of the Fondation des Artistes, the DAAD residency program in Germany, and was awarded the Ricard Prize in 2018