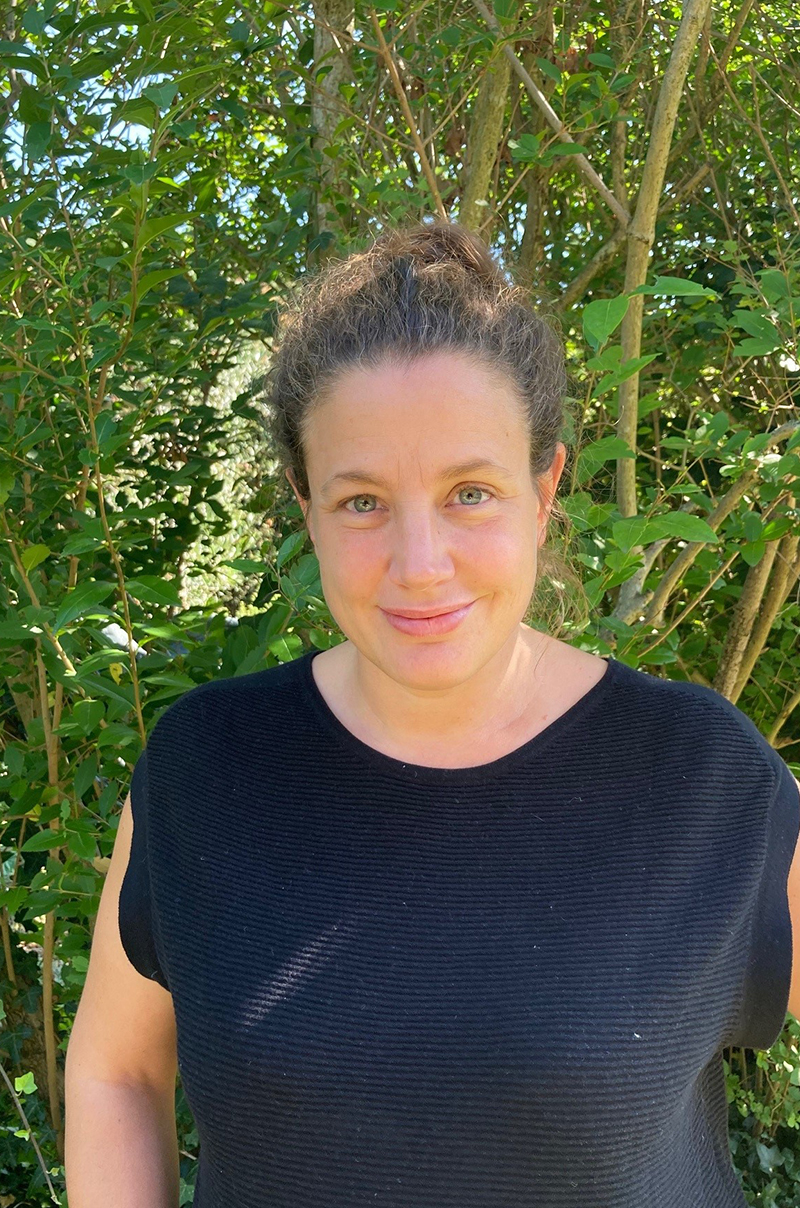 Born in 1977 in Nantes, lives and works in Argenteuil.

Through her installations, performances and the objects she creates, French-Austrian Julie Genelin scrutinizes how our societies relate to time.  Her work has mirrored this quest since her graduation from the Paris fine arts school “Les Beaux Arts” in 2006.  She has since been able to federate and join forces with other artists through the creation of two associations : Celeste, which was set-up in 2005 and organized art exhibitions and artists residences in Beijing until 2012, and The Chromatic Circle which has been gathering Paris Beaux-Arts School Alumni since 2017.

Julie also holds a post-graduate degree as a Doctor of German studies and nurtures a passion for language which she translates into her artistic exploration of forms.   Thus her practice as an explorer of matter, time and language has framed her expression as an artist and fed her teachings as a fine arts (drawing, painting and modeling) instructor at Clamart Community College (Université Populaire de Clamart) from 2013 to 2017, and then at the Via Ferrata since 2016.